Opening this weekend- Baby With the Bathwater! 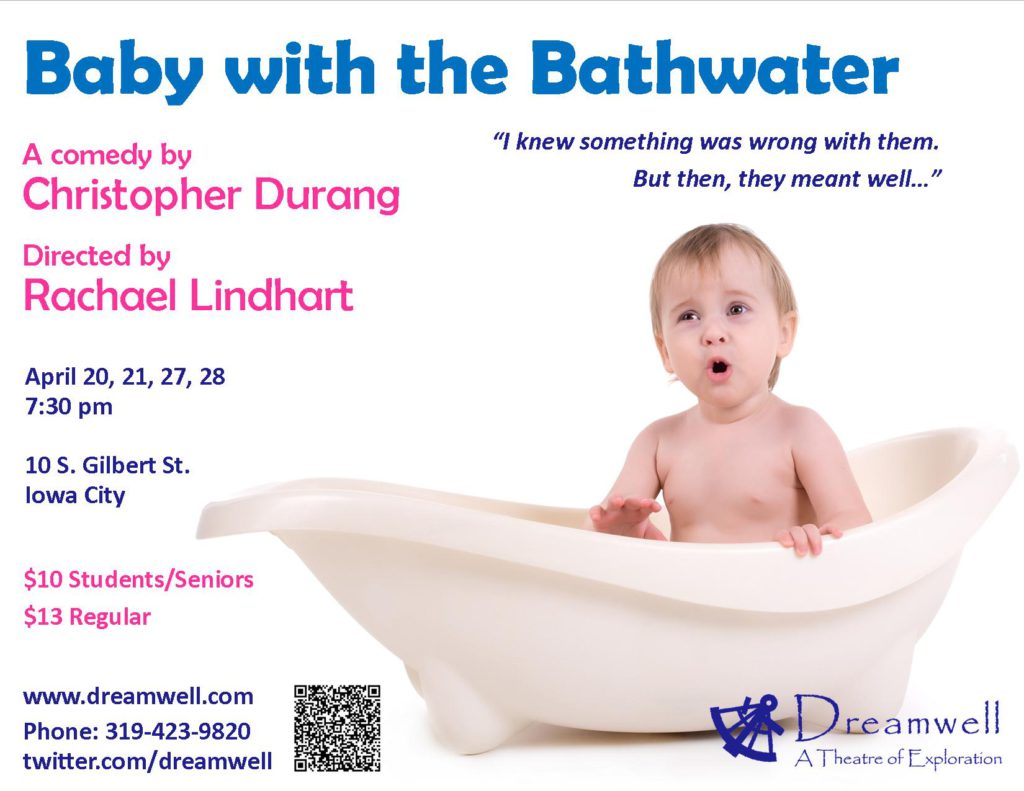 This laugh out loud comedy fits well with our theme about personal identity,” Lindhart says, “This was actually the second show Dreamwell ever produced, and it’s high time for a revival. Baby With the Bathwater is a dark comedy about how difficult it is to be a parent, and how scary it is to be a baby and a child. The play is written in an absurdist, playful style and, for its dark topic, has a hopeful ending.”

Baby With the Bathwater was originally written as a one-act while Durang was at Yale, and then later he was asked to expand it. The play features a variety of colorful characters, including Daisy, whose parents don’t know Daisy’s gender. Lindhart adds that, “Daisy’s parents, crazy and inept as they are, mean well. They’re just inept, inexperienced, totally incompetent and, to use Durang’s word, insane.” The play portrays the absurdist world that the child is being brought up in and the later years in school and therapy through the final confrontation with Daisy’s parents. Will Daisy finally be able to make good decisions despite the untraditional upbringing?

Lindhart adds, “Baby With the Bathwater presents hilarious scenes even as we come to understand the real pain in Daisy’s world and Durang gives us this pain in absurdist comic terms which. funnily enough, eases Daisy’s pain and ours as well. It’s a wonderful, though skewed, world.”

NY Times critic Frank Rich says: “Baby With the Bathwater is a big step toward the definitive Durang play.” 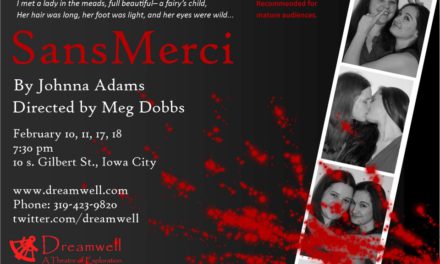 Sans Merci Opens and Baby With the Bathwater Auditions

Bewitched, Bothered, and Bewildered fundraiser May 1