Dreamwell Theatre announces the cast for Martin Sherman’s Bent, to be performed June 1-9 at the Universalist Unitarian Society. Thanks to all who auditioned. 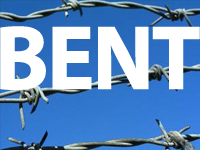 Martin Sherman’s worldwide hit play Bent took London by storm in 1979 when it was first performed by the Royal Court Theatre, with Ian McKellen as Max (a character written with the actor in mind). The play itself caused an uproar. “It educated the world,” Sherman explains. “People knew about how the Third Reich treated Jews and, to some extent, gypsies and political prisoners. But very little had come out about their treatment of homosexuals.” Gays were arrested and interned at work camps prior to the genocide of Jews, gypsies, and handicapped, and continued to be imprisoned even after the fall of the Third Reich and liberation of the camps.

Bent highlights the reason why – a largely ignored German law, Paragraph 175, making homosexuality a criminal offense, which Hitler reactivated and strengthened during his rise to power. Source: Amazon

Dreamwell chose Bent for its “Here I Stand” season because, like The Crucible, Bent is the story of a human being confronted with the decision to live in his truth, even if it means making the ultimate sacrifice.

Look for a talkback and potential educational opportunities around this production in conjunction with Gay Pride in May/June 2012!